owadays I use the Gimp for my modest digital graphic needs, but in the early 90s I had a pirate copy of Photoshop 1.

It's hard to overstate how radical the program was at the time. There were other graphic programs available, the free Macpaint came with all mac computers, but Photoshop had what seemed like an endless branching tree of menus full of effects and tools, it gave the user a feeling of power and control which was really out of proportion to it's actual capabilities.

It wasn't until version 3 that you had access to layers and other composition tools that seem essential now. To create collages then, one had to be careful. You needed to create channels to save selection outlines, which could be used to matt the parts into the whole image. The computers might have 8 meg ram, which meant the program spent a lot of time swapping the image data between working memory and the disk cache. Doing this kind of art was an exercise in patience and concentration where one wrong move could crash your box. 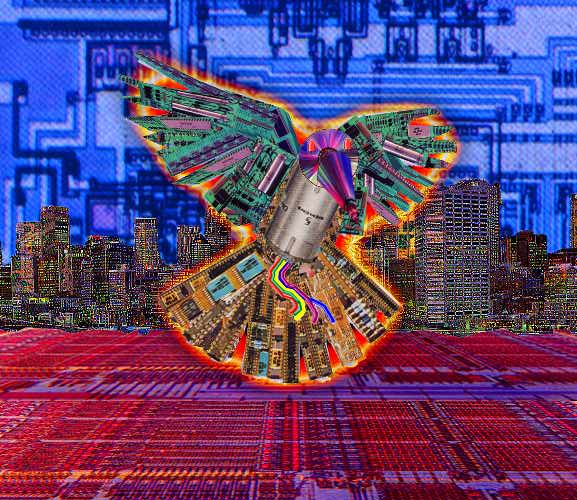 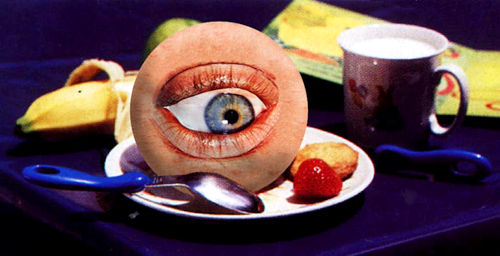 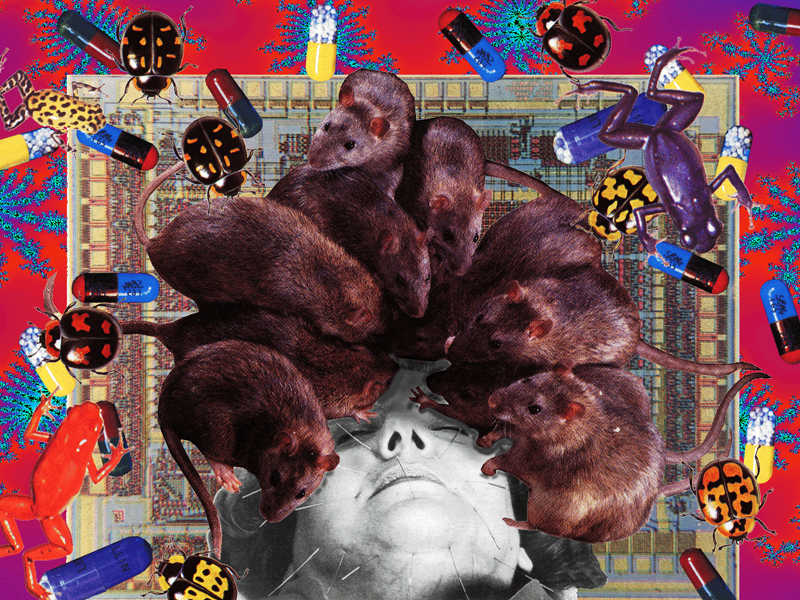 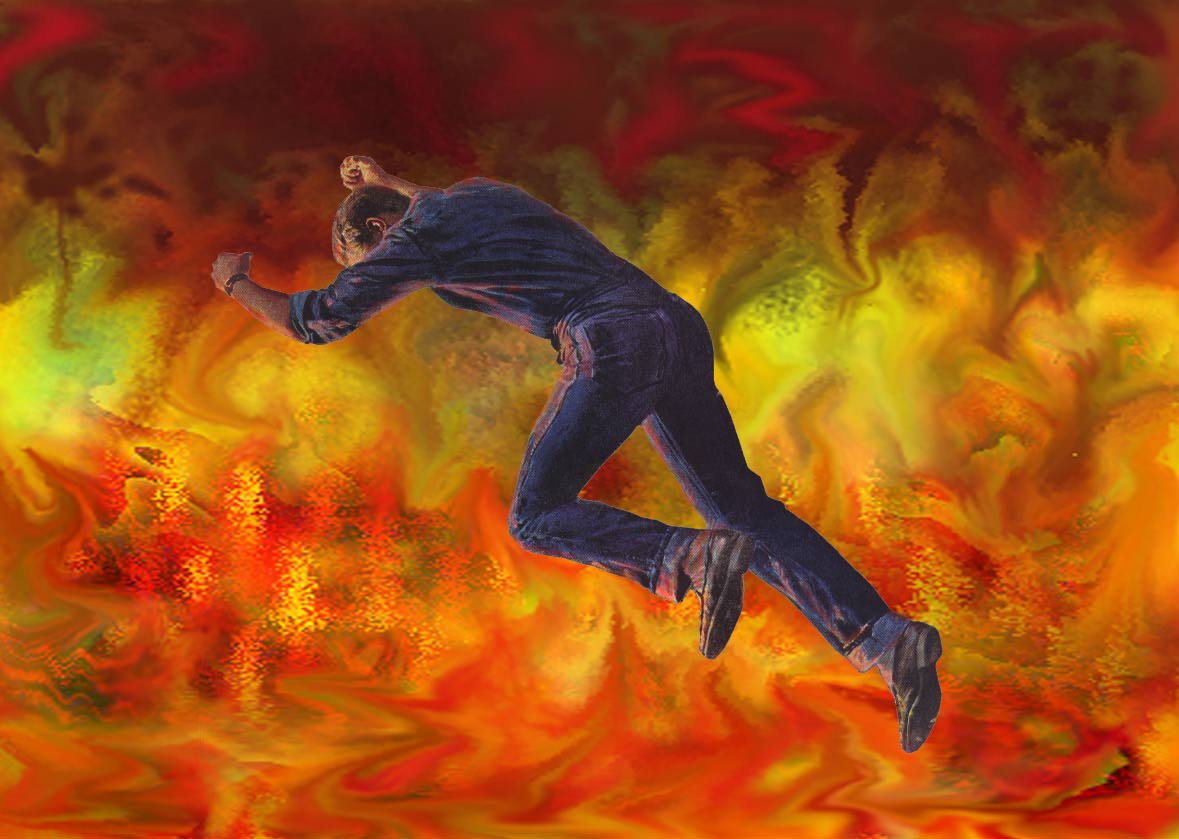 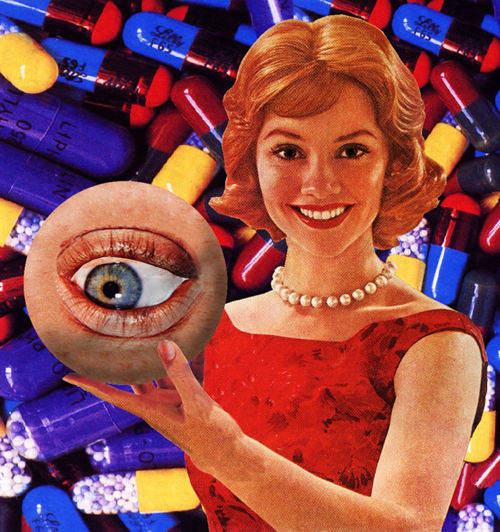 We learnt how to fake 3D effects using shading applied through masks with the airbrush tool. With care one could get effects as good as basic 3D rendering with just different combinations of selections, "stroking" or applying a brush tool along the line of a selection, judicious use of the blur filters, and distortions to emulate perspective. 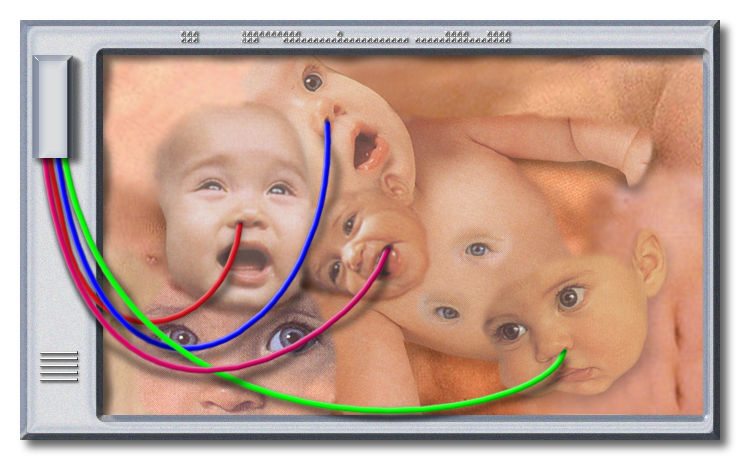 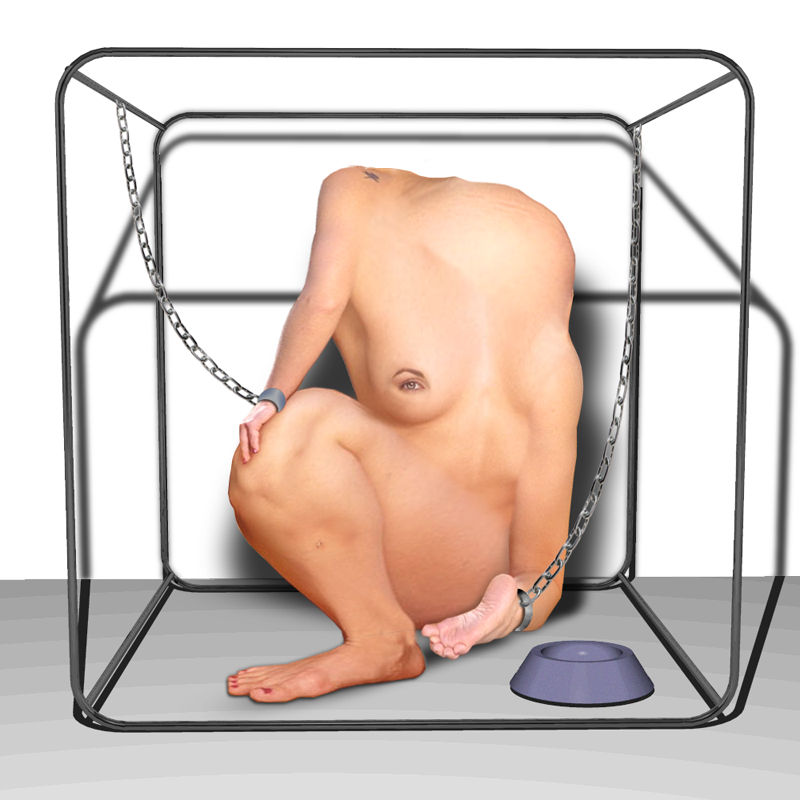 The Church of the Subgenius was a kind of meme in its day. A parody religion which grew far beyond the original outline of a joke and became a movement. It was made by and targeted at nerds, outsiders, anyone who felt they weren't exactly part of the human race and shared certain characteristics. The Church encouraged them to identify as Subgenii, that is , beings who had inherited yeti genes that dated back to the days of Atlantis which gave them extraordinary abilities and meant that they would survive the Rupture when the pleasure saucers from Planet X arrived to harvest the souls of the Pink majority to sell to the evil alien space god JHVH1.

The Church generated reams of material, books and pamphlets and records and radio shows and videos, expanding and detailing their prophecies and history. Their web site was one of the earliest actually fun destinations on the net. I joined their mailing list before the web really took off, and spent many happy hours corresponding with people I still know today.

I made these graphics to post to the newsgroup alt.binaries.subgenius , where they were spotted by Ivan Stang himself and posted on the Subgenius website, in their first Art Mine. The first one is a pretty standard depiction of X-Day, being viewed by a calm J. R. "Bob" Dobbs, Connie and random kids. The second was a detournment of the cK1 ads which you found in every bloody magazine of the time. These ads annoyed me, with their formulaic attempt to tap into the edgy GenX zeitgeist. I think the fact they depicted conflict so often, the pretty kids all arguing with each other, was the worst thing for me. It was either a misrepresentation or a deliberate attempt to foster disruption in our ranks. In reality we were too beat and depressed to actually argue with each other. 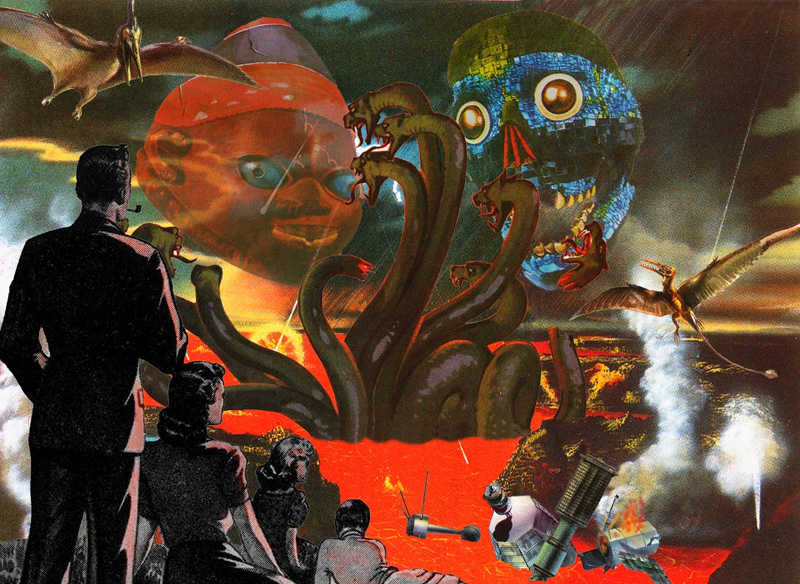 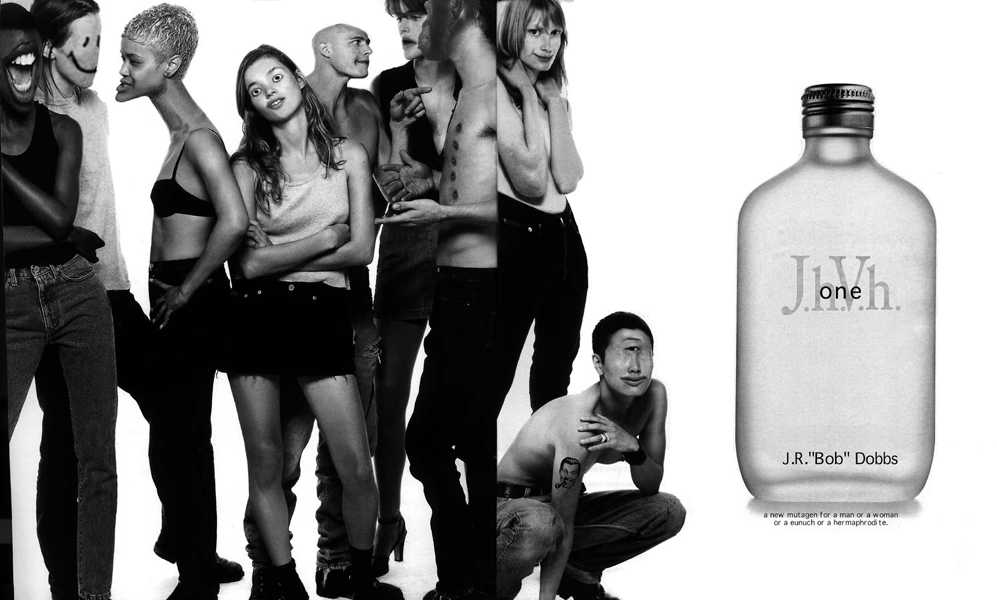 In the mid 90s the science fiction author Bruce Sterling ran a mailing list promoting his concept of Viridian design. The Viridian project was an attempt to promote green technology and philosophy by making it sexy. Bruce perceived that a major hurdle most normals had with green concepts was that they perceived it as a hippy venture, loaded with ancillary concepts like veganism and wearing bad hemp clothing and sandals and living in tipis. He saw that, as long as green products and practices were connected with the mung bean image, they would never be accepted by mainstream society.

He believed something which was radical at the time - that green, environmentally conscious products and services and life in general, could be sold as a higher class, better quality, more enjoyable experience than killing the ecosystem. In this day of Teslas and cool tiny houses made of plyboo and Patagonia fashion this seems obvious, but they owe a lot to Bruce Sterling for pushing the idea when it was very uncool.

One day he announced a competition - design a completely wordless poster warning illiterate old people about the dangers of heat stroke caused by global warming heatwaves. This was a thing which had just started happening, huge heatwaves hovering over Europe killing the old and poor, people who couldn't afford air conditioning and really weren't to blame for the changing weather at all.

I based my design on the Rising Sun flag, of course, already a potent trigger for anyone who could remember WW2. Cars and factories on the horizon, just a subtle reminder of who caused the problem. The little flat guy with cartoon expiry lines was a bit corny, but I thought it would pass.

And it did! I won, and received a genuine Texas cowboy hat, sent from genuine Texas by my second favourite science fiction author (after Greg Egan). He assured me it was very genuine, in that it was a cheap white ten-gallon hat as worn by any Texan who spends any time outdoors working in the sun, to prevent ending up like my little stick man.