Stalking the Nightmare was my favourite show of the Contemporary Music Collective shows that played late-night slots on 2MBS FM in Sydney (Your Fine Music Station). Hosted by Terry Brown aka Michael Mercury, the 2 hour 1 - 3AM show was an extravaganza of cultural references and harsh'n'tasty noise. Help yourself to a listen and please download and share.

About Stalking the Nightmare

It was the late 80s, after I left school. I was working at Franklins supermarket and redoing my HSC at a TAFE college. I started a new label in my mix tape collection of radio recordings, called "Difficult Music". Named after a line from Laurie Andersons' Home Of the Brave album, it was dedicated to capturing the unclassifiable weirdness which often came under the umbrella category "experimental", and was broadcast in short-lived or marginalised late night shows on JJJ like The Worx and Shipbuilding For Pleasure.

I hate the term "experimental" myself, because it cheapens and degrades the intentions of the musicians; it implies that it's something less than music, as an experimental car or plane is something less than the finished product, because all the faults haven't been discovered yet. It implies that this music is full of faults, and when the faults have been eliminated the music can enter the mainstream, a duck turning into a swan. Fuck that shit! This was Difficult Music, but only because it didn't flow or have a regular beat. I didn't find it the least bit difficult to listen too, but I gravitated towards it like an immigrant tuning into an ethnic broadcast in his own language. As I tuned around and hunted for more, I discovered that 2MBS, the "fine music station", was a rich source, with several shows playing between 12PM and 1AM.

At this time I had an old reel-to-reel tape recorder, which gave better sound than cassette, and boxes of tapes found at the street markets. With a long tape, on slow speed, it was possible to record 3 hours per side, so I wouldn't have to turn the cassette over.

The first such tape I made contained firstly Bend Sinister, an industrial music show 1 hour long, followed by Stalking the Nightmare. Never before had I heard such a sustained, rich, perfectly orchestrated stream of subconsciousness poem rendered into noise. The truth was revealed, the faltering, halting, precious stance of those other shows I had been listening to was blasted away. Listening to STN was like observing through a microscope as neurons in a human brain grow dendrites out into the surrounding mass of brain tissue and establish links with them. It was like making a cross section through the communal mind of the human race and seeing what we were really dreaming about. It was like being a scientist who discovers an entirely unsuspected parallel to the electromagnetic spectrum and, upon building a radio which tunes this new form of radiation, picks up secret broadcasts from the aliens amongst us as they attempt to decipher the mess which is human culture. The juxtapositions, between mass murder and children's storybook records, between euro spy jazz and 80s robot cartoons, between prank calls and gut-wrenching industrial screeches, between formal dada musique concrete experiments and banal daytime TV ads, between beatnik exploitation records and wildlife documentaries, revealed unknown vistas of insight and beauty. The DJ mixed and selected like a man with X-ray vision he can't switch off, who could see through the surfaces to the structure beneath, who understood everything in terms of it's true nature.

Who was behind this show? Pretty soon I caught the DJ mentioning his shop, the Land Beyond Beyond, a comic store in the middle of Sydney. The next day I went to visit him and find out what sort of person played these sounds. There I found Terry Brown, a quiet, unassuming man, dressed entirely in black, with a sharp nose and bald head of a young leprechaun, standing behind the counter of a dark comic shop down a long corridor from George Street. He played beatnik jazz in the store, and had an excellent selection of rare books and underground comics, as well as masses of the regular super-hero stuff for collectors. I became a regular customer.

At the risk of attributing too much influence to the show, my life changed radically after I first started taping and listening. Before Stalking the Nightmare, I was struggling through the 5th semester of a Diploma of Teaching course at university. Nothing then horrified me more than the idea of graduating and being doomed to a life of teaching brats in schools staffed by hordes of the dour young Christian women I met at college. After STN, I quit, and started experimenting with making quilt covers out of second hand neckties and selling them at street markets. Then I saw an ad in the Drum Media for a warehouse art studio, and when I went to investigate and discovered that there were people living in the building, it seemed obvious to join them. Pretty soon I was living amongst them, learning about modern computers, taking an amazing amount of drugs, playing a radio show of my own, making strange new friends, sewing more quilts, and continuing to tape the show. For a time I used tape reels at slow speed, then I switched to the higher speed, which required more tape but was much higher quality. Then I started using cassettes, which were smaller and easier to store, and finally, when I had access to second hand tapes from DJing at 2RSR, large format reels at high speed.

One of the strange new friends I made during this time was professor Graham Mann, then at UNSW, computer scientist in residence studying AI and robots. He was introduced to STN live, when we held an art exhibition at the warehouse and Terry spun his music to accompany a video installation he had made. The show blew Grahams mind even more than my own, and I made him several copies of tapes over the years. Graham also became a prolific contributor to the show himself.

In the late 90s I digitized the entire collection of tapes as mono MP3 files, using a very average sound card and quite strong compression. The results were adequate for the listener to get a taste, but they lacked the impact of these recordings. A few years later, with a decent sound card and fast computer, and enough money and determination to burn the hundreds of CDs, I prepared the entire collection as audio CDs and high quality MP3 files, which you can listen to here.

Terry closed the shop with the introduction of the GST goods and services tax, which made it too hard for him to manage the finances of selling imported comics alongside local publications, second hand goods, collectibles, consignment items and renting videos. 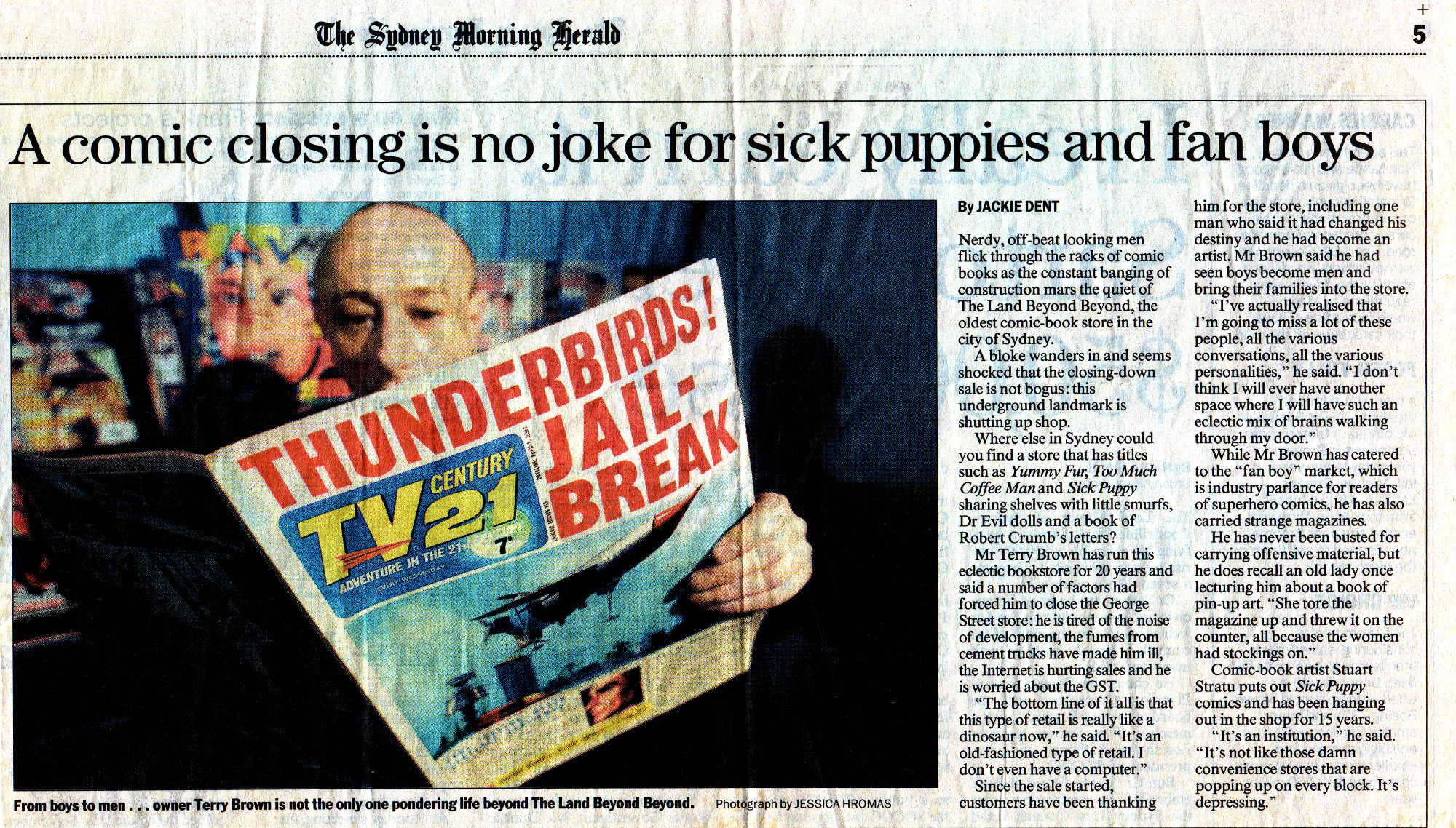 A few years later, suffering from terrible depression and living in the batchelor hotels on Pitt street, he was rescued by his old friend Tammy who spotted him on the street and invited him to move out to the country with her and live in Jugiong, a small country town near the headwaters of the Murrumbidgee river. My partner Michelle and I visited them a couple of times, where we wandered in Tammys amazing fruit orchard and played with their dog Jazzy. The country life restored Terrys health and he continued to host the show, catching a coach to Sydney every fortnight with a suitcase full of records. 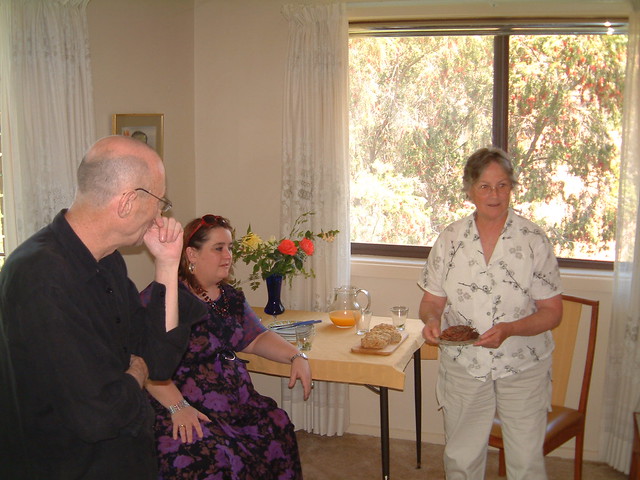 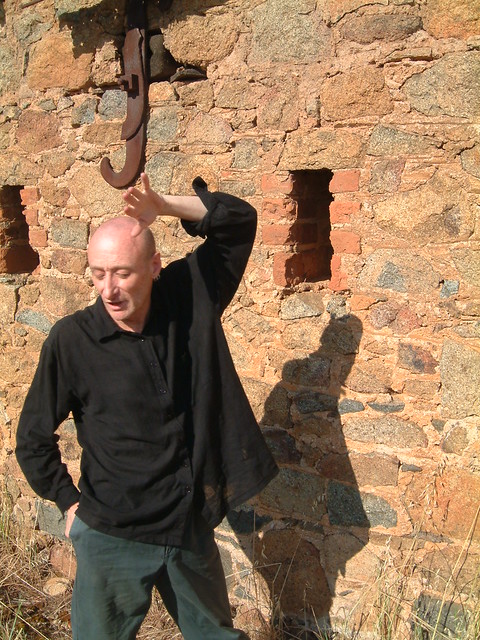 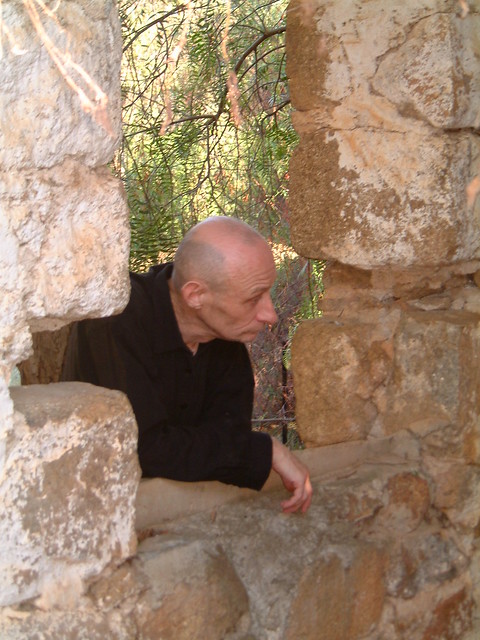 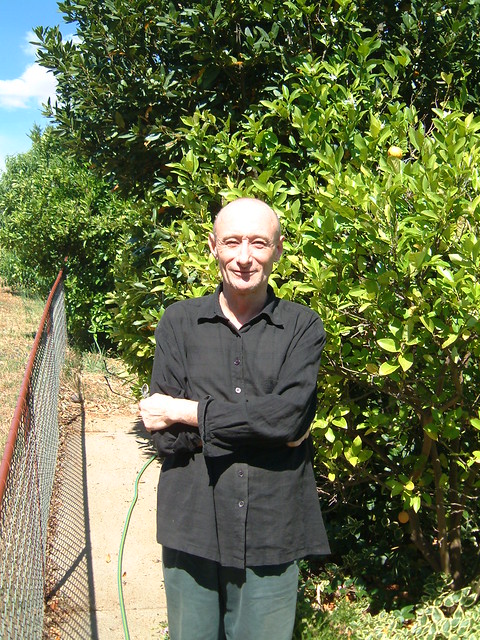 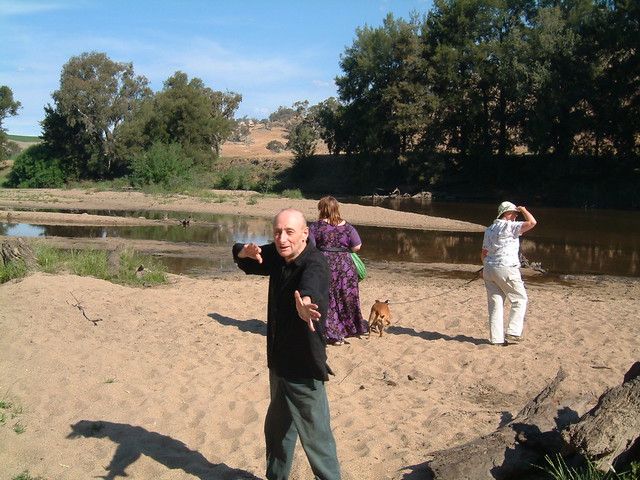 NEW! Thanks to Meredith Doyle, Koan Stevenson, Micko Lemur, and Tammy, I received a selection of tapes from Terrys archives, including some recordings of the show!

NEW! Thanks again to Meredith, Koan, Miko and Tammy, Terry's TV Tapes, the source files for Stalking the Nightmare, are online. 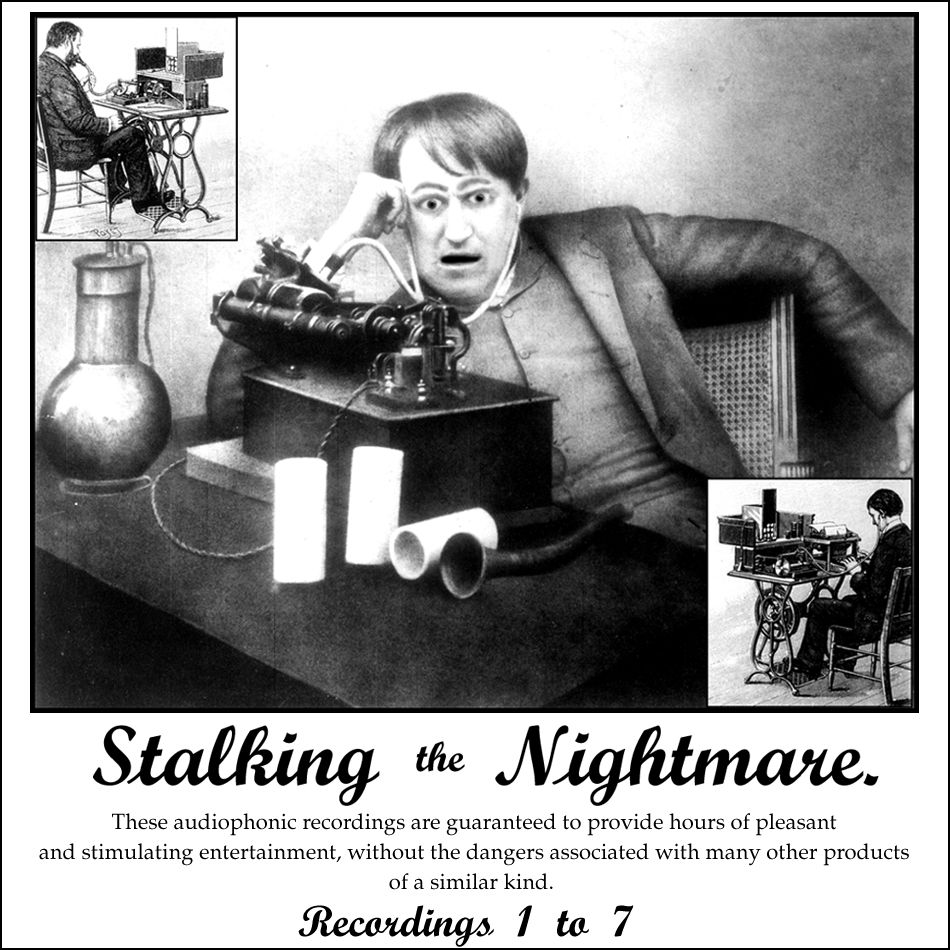 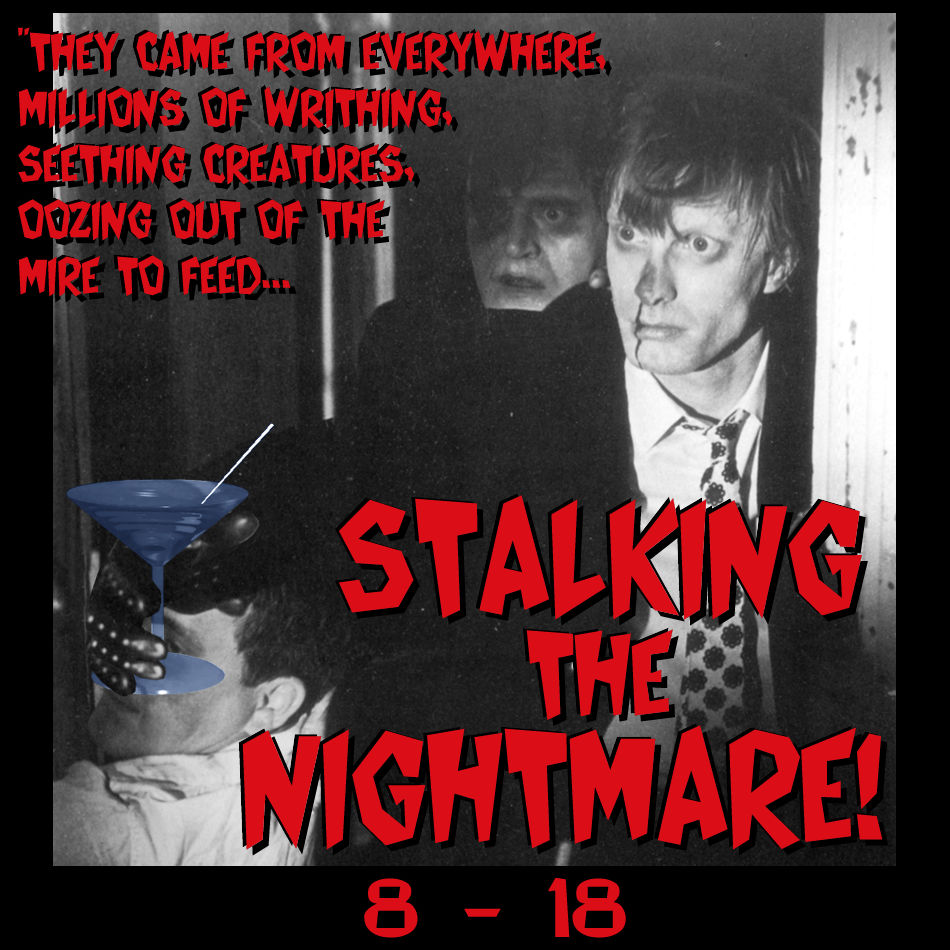 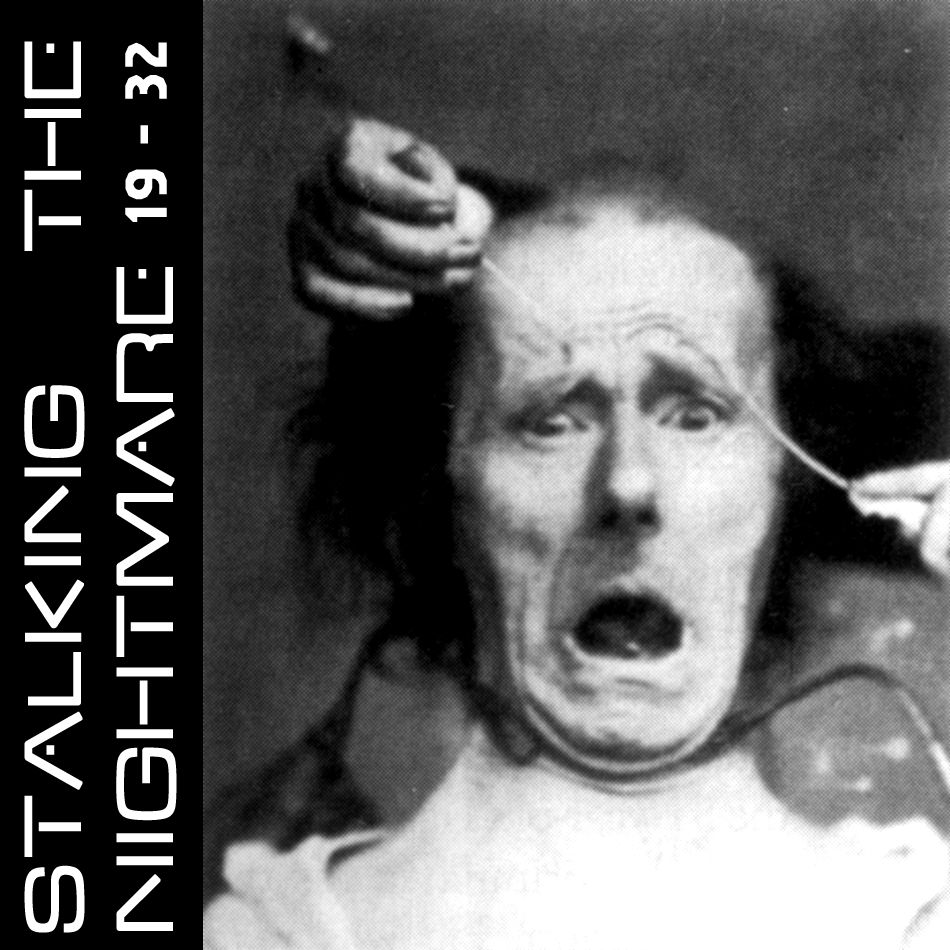 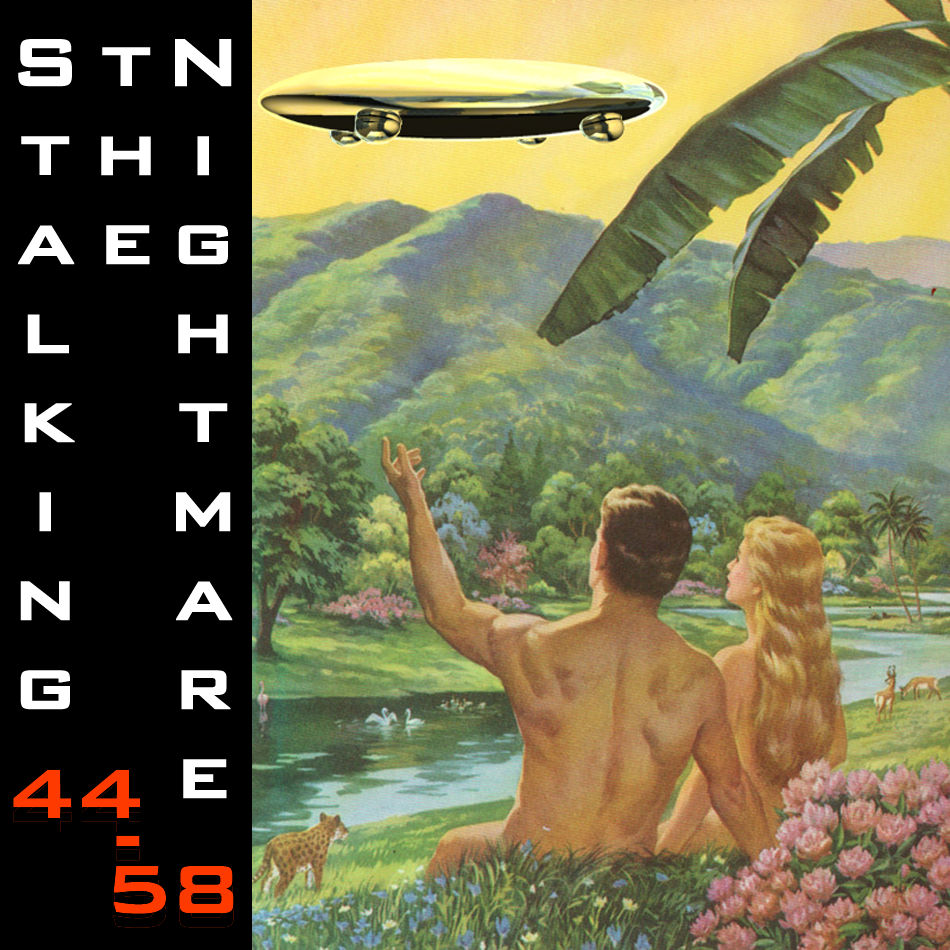 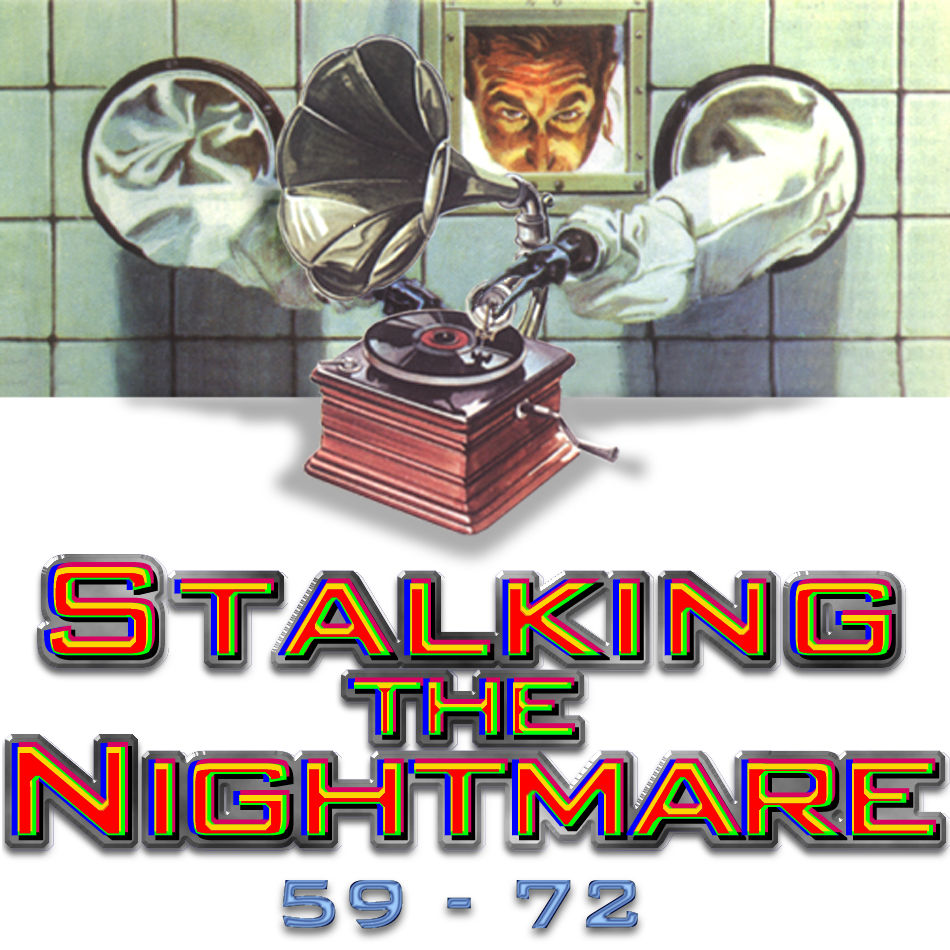 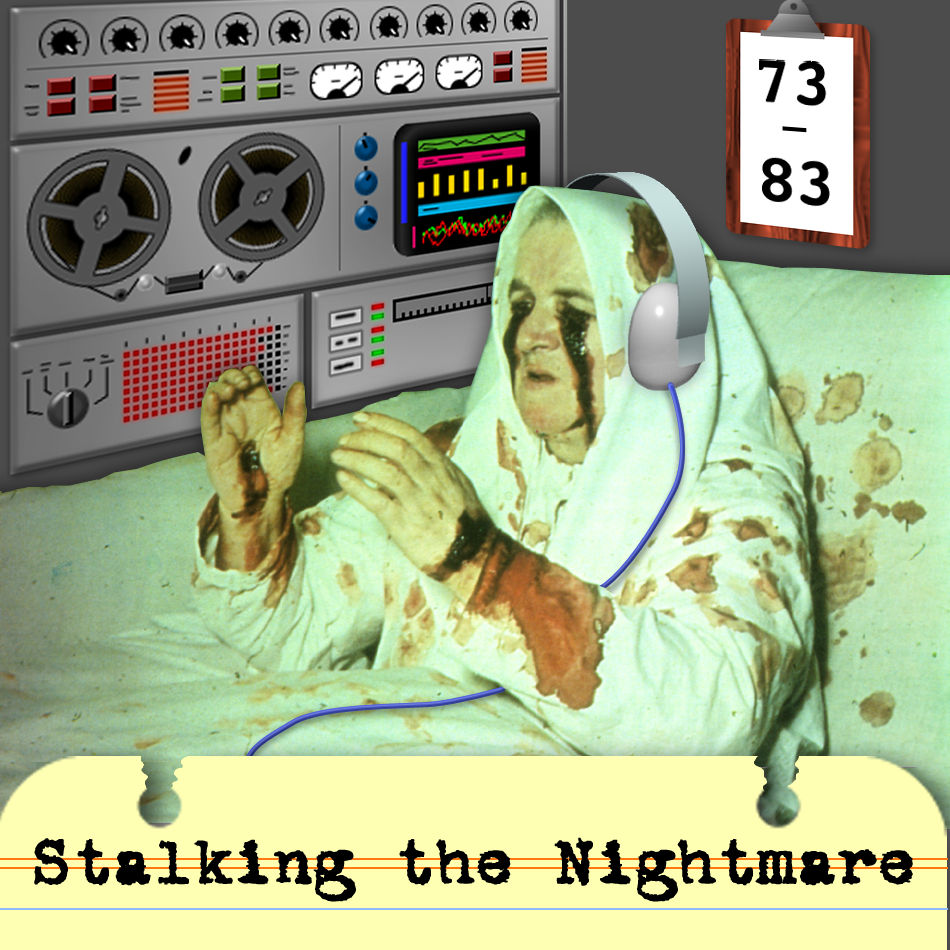 As Michael Mercury, Terry Brown released a couple of cassette albums in the eighties during the explosion of the cassette scene. 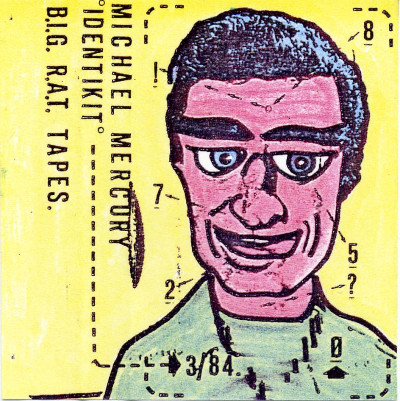 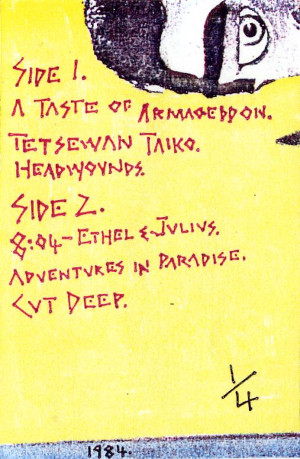 These shows were recorded either by Terry himself or another fan, and found in a collection of tapes from Terrys archives.

I sporadically recorded later shows in the 2000s, available here. They weren't as good as the earlier efforts, I was sometimes capturing them automatically direct to disc, and my setup wasn't perfect so the radio tuner sometimes drifted off the station slightly.

Lastly some mystery shows, most of which I found on unmarked cassettes hiding in various boxes.