Recently I came into possession of a set of 49 cassettes from the collection of Terry Brown, the genius behind Stalking the Nightmare. They were a uniform series with identical J cards that called them "TV #1" etc. There was no listing.

The J card art was familiar, I remember seeing them in his shop The Land Beyond Beyond. I thought they might be music collections, but they were more.

These tapes are the core of Stalking the Nightmare, the bed of sound that made the foundation of the show. They aren't confined to TV themes and music, I think Terry got locked into the series name, but there are various albums and soundtracks from film and other sources. Some of the later tapes are labeled STN and have information about the contents on the tape, although there are no track listings.

A selection of scanned signs from Terrys legendary Land Beyond Beyond comic shop. 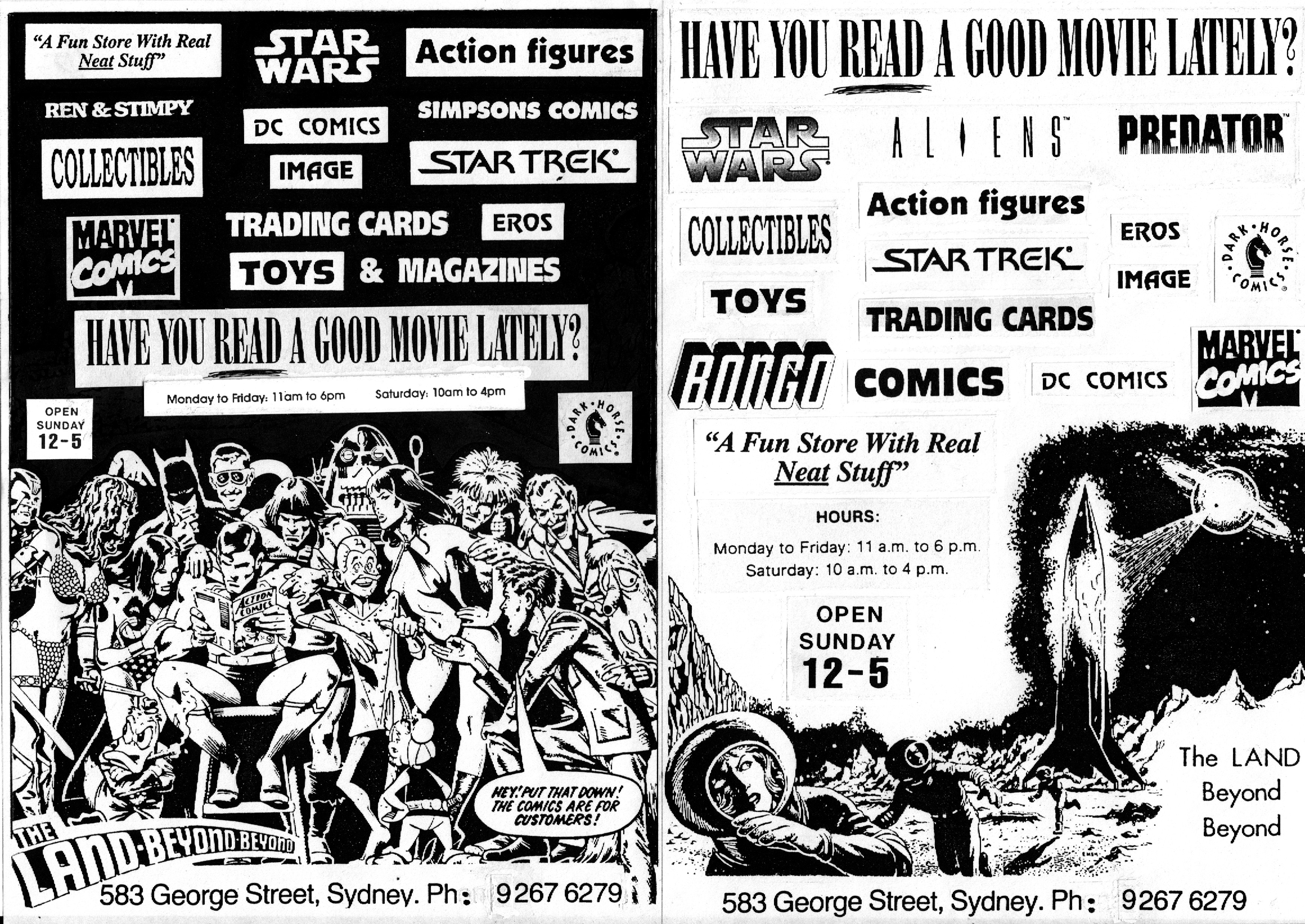 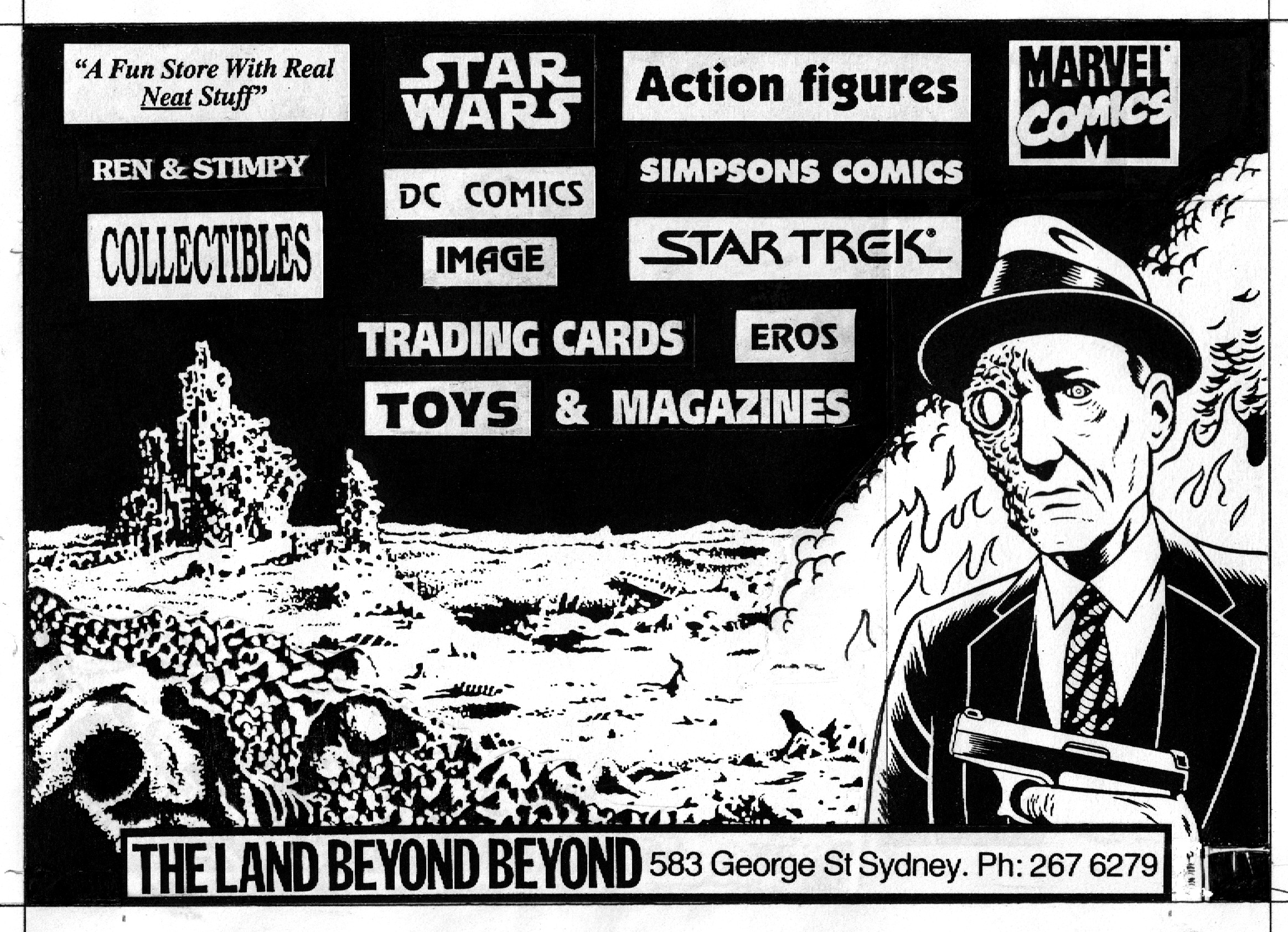 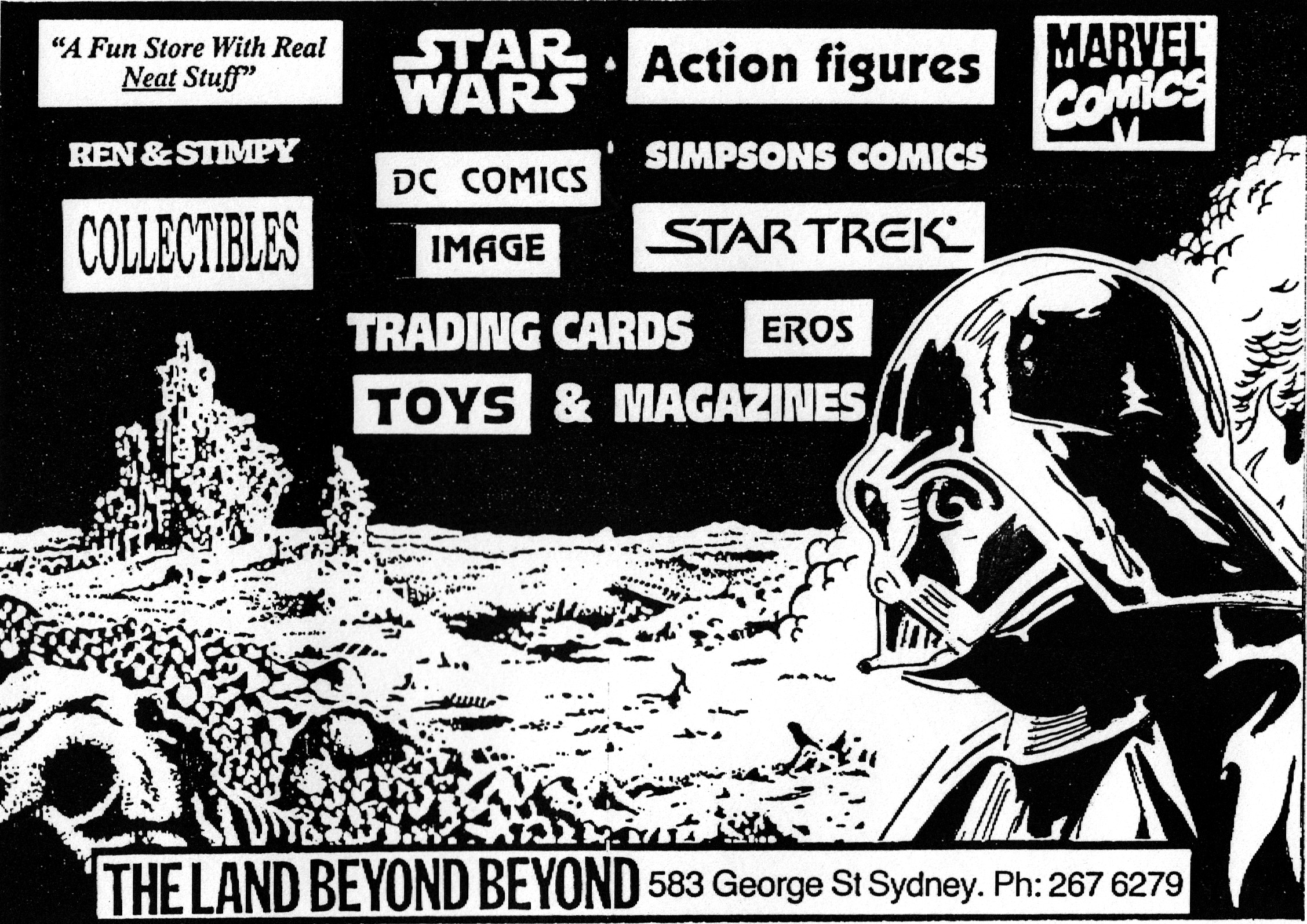 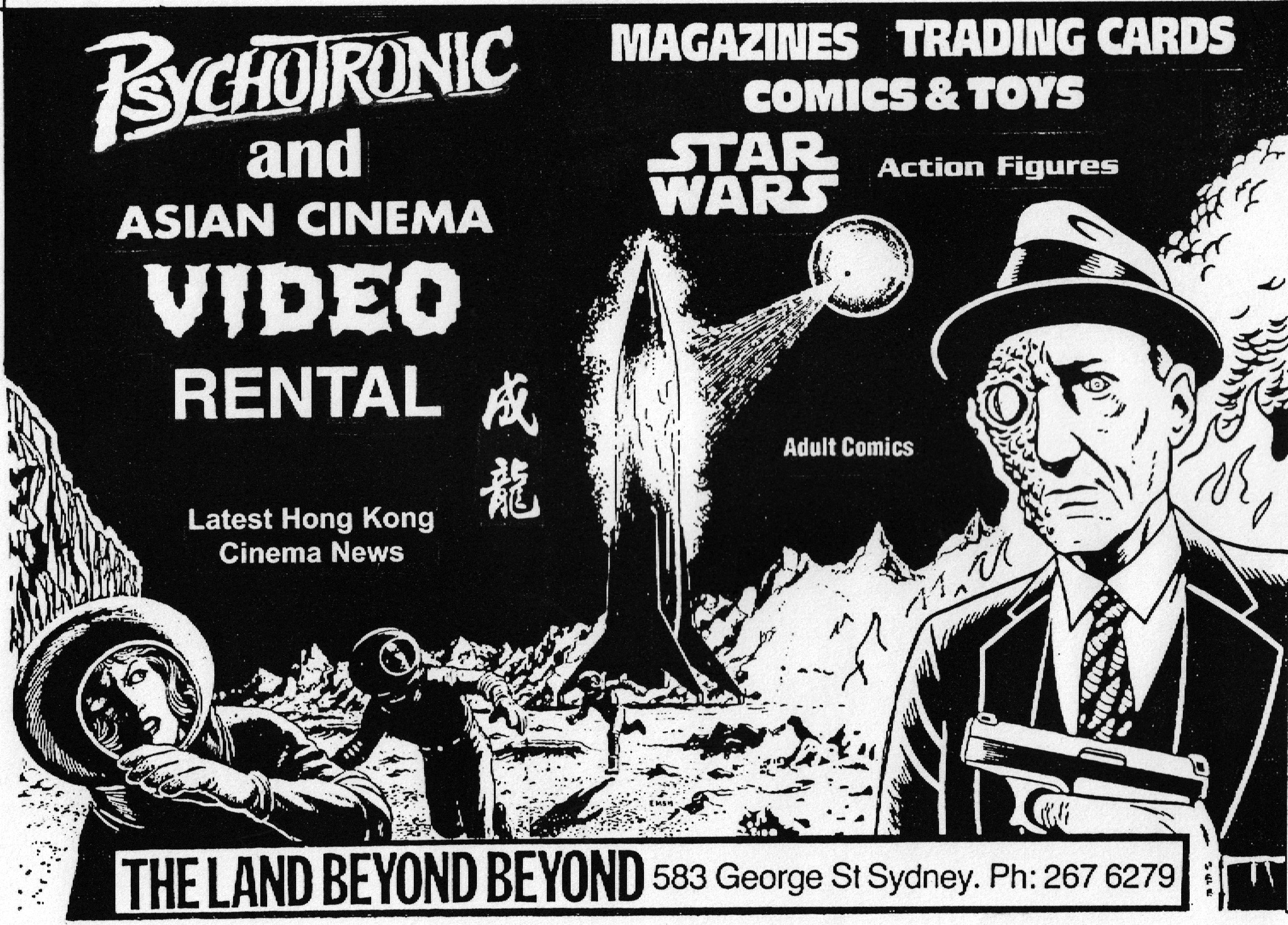 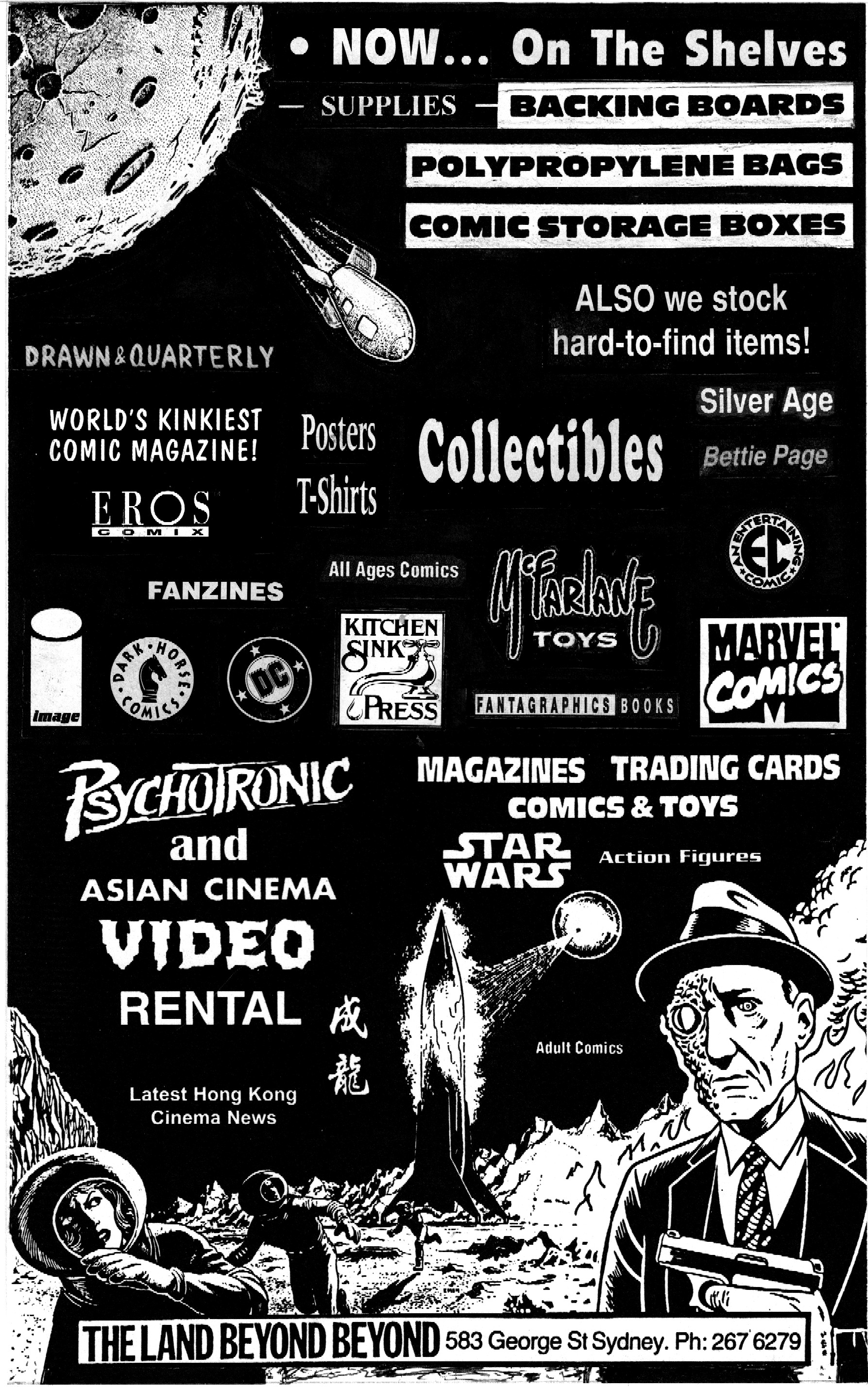 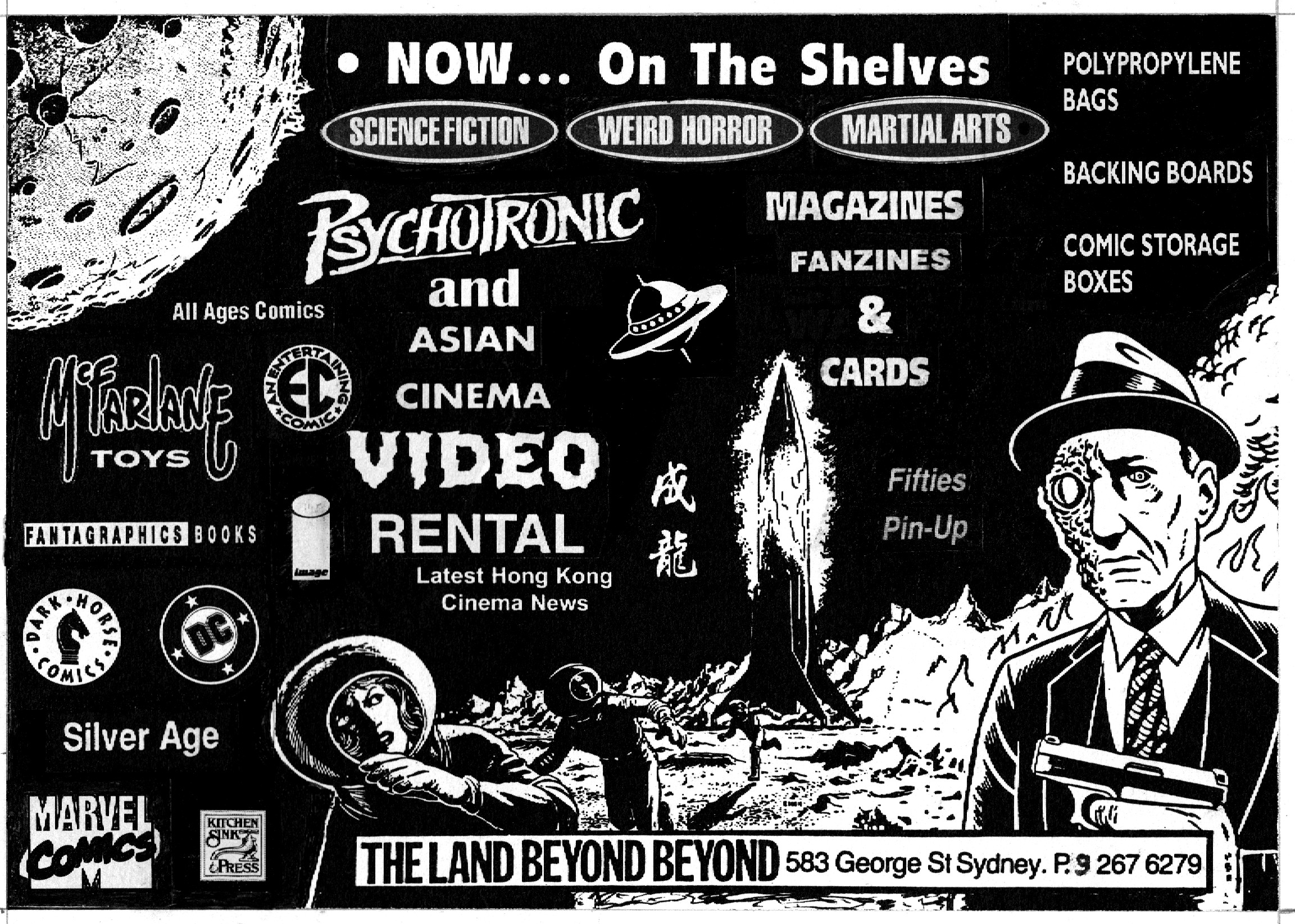 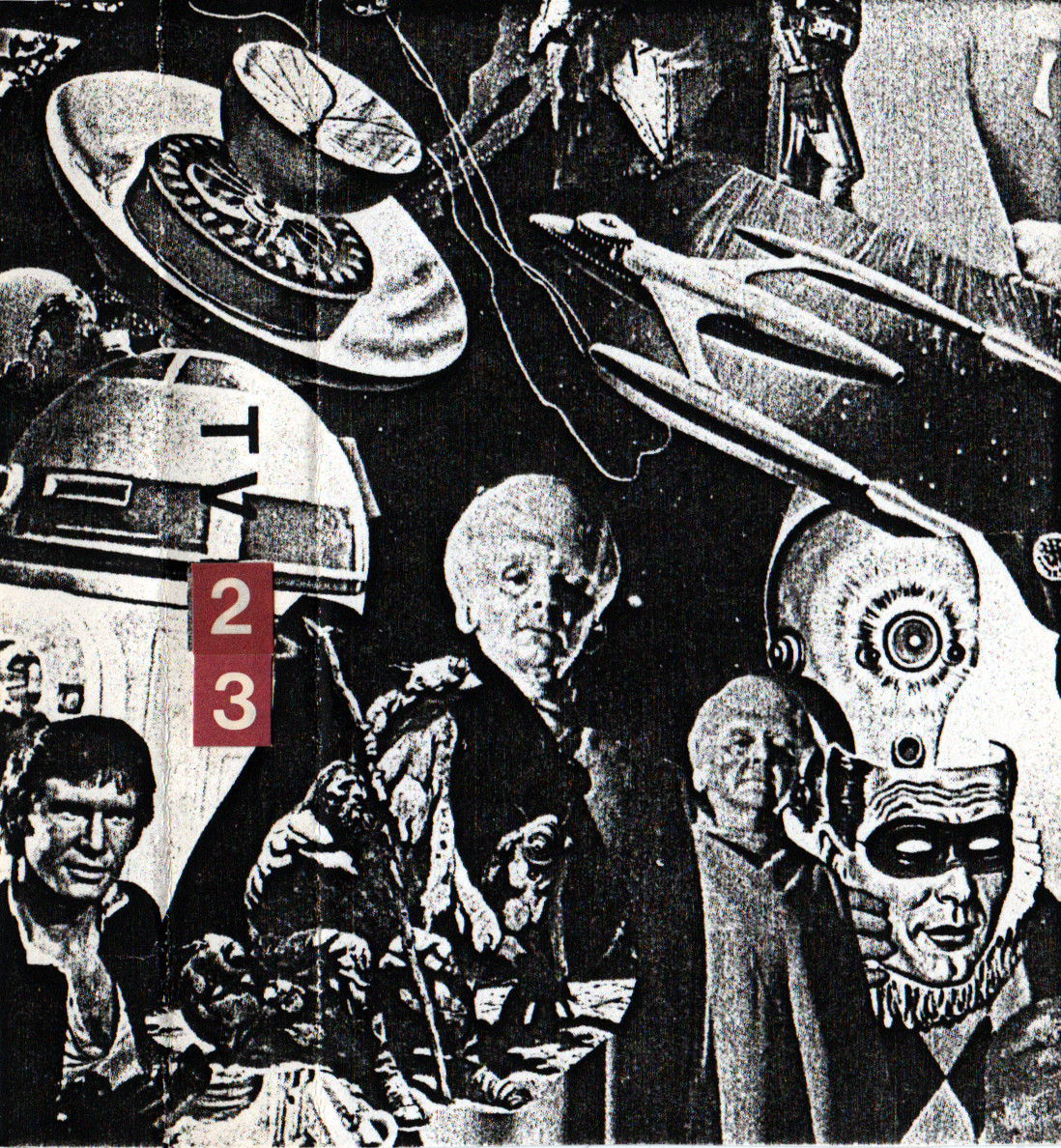